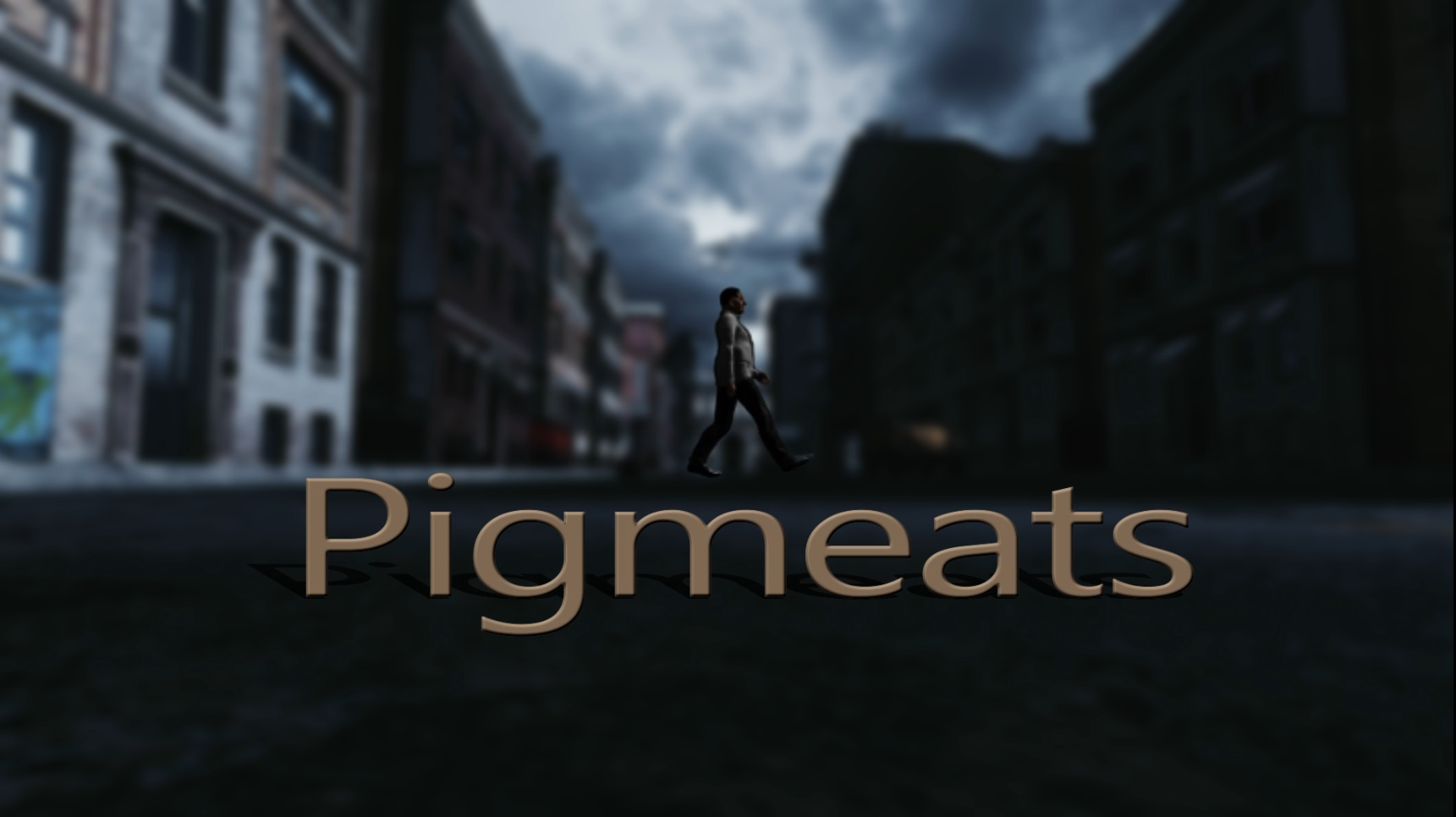 Pigmeats is my new 3d animation comedy short.  The unnamed narrator recounts the same story throughout his life, of an event which occurred during his bachelor days.  It explores human nature and observes a facet of the oral tradition. 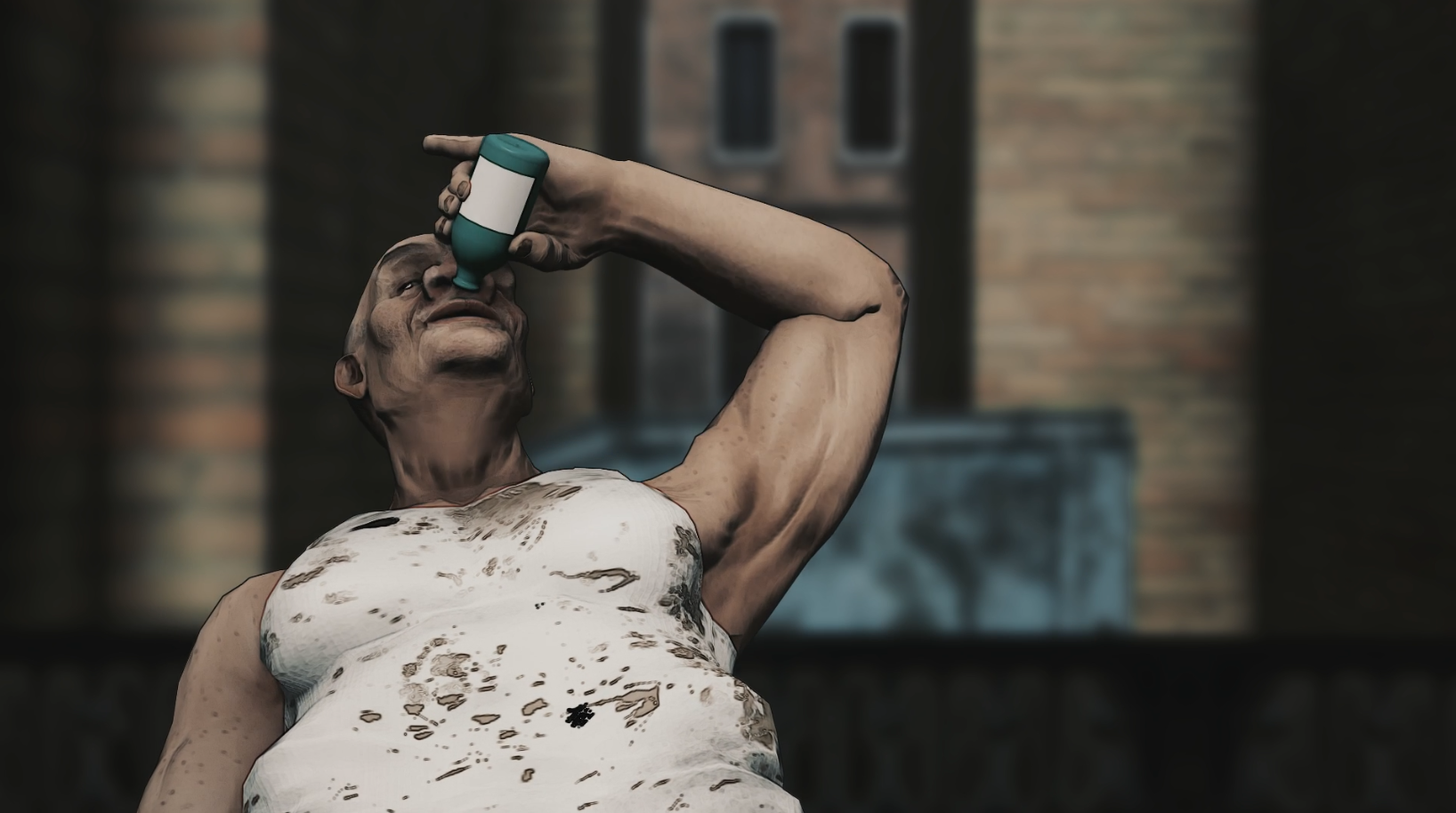 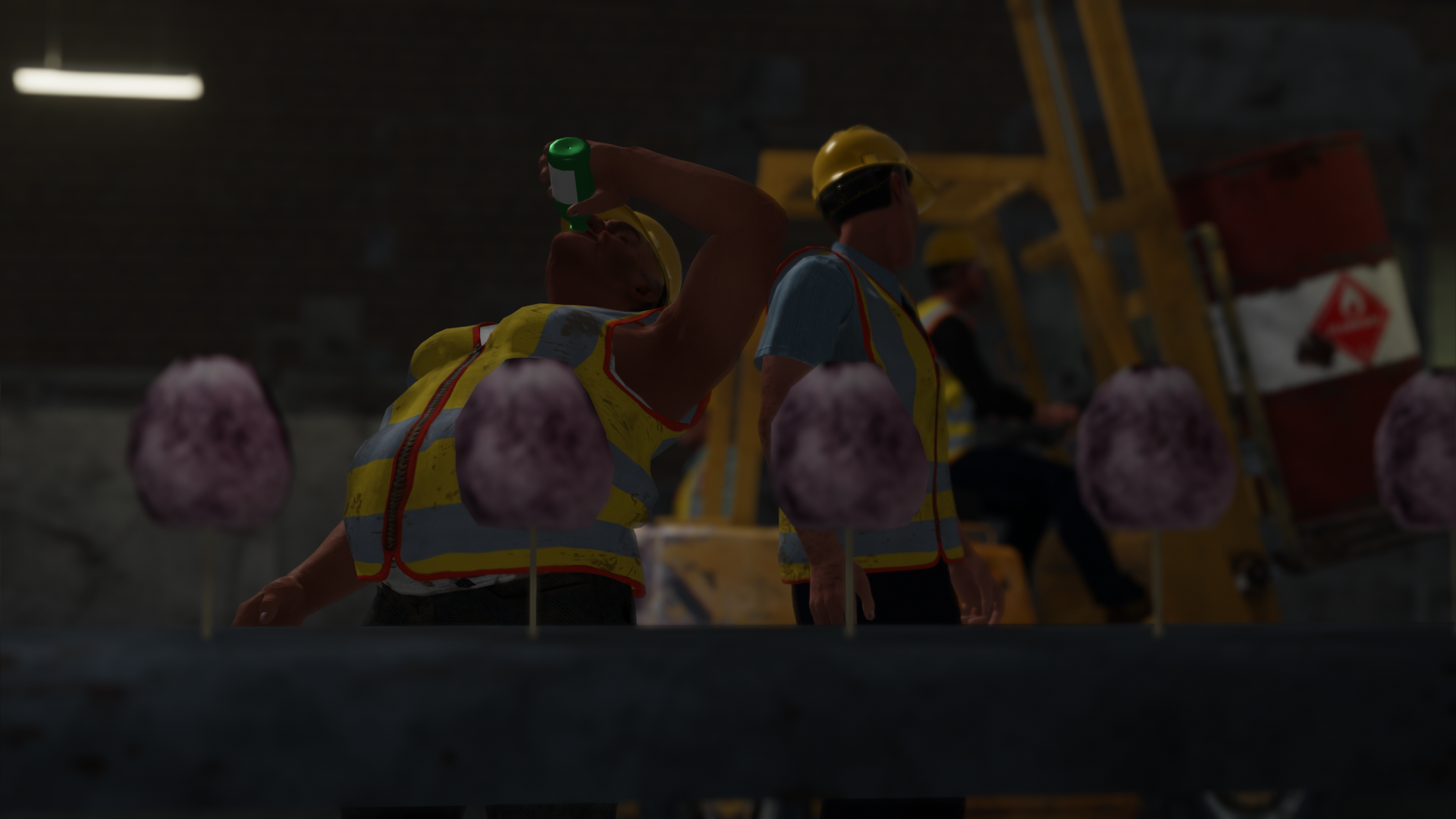 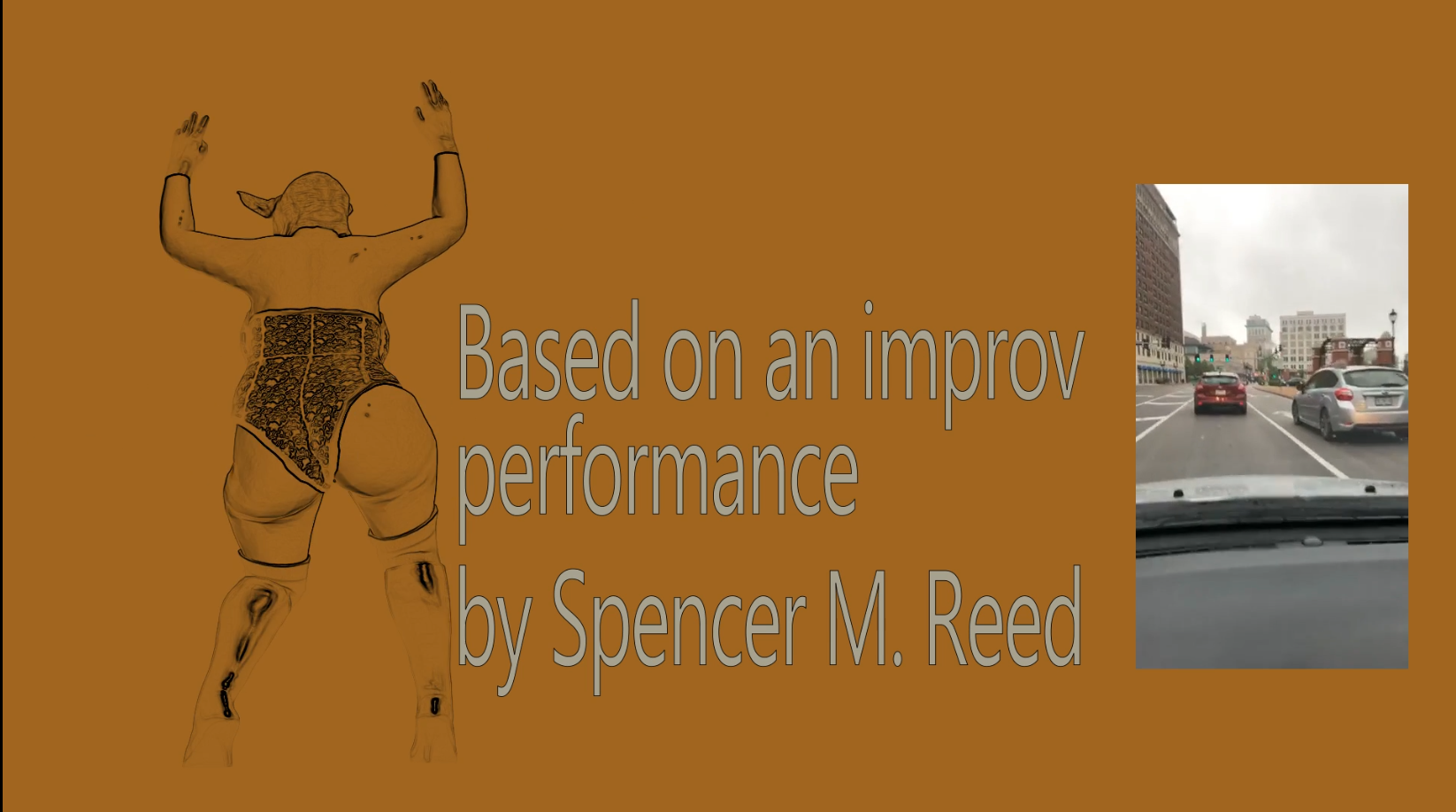 One day my brother started telling this story live on facebook, during his 30 minute commute to work.  it was very funny, and I just couldn't let it end there.  I told him I wanted to make an animation of it, and once I had located the deeper human commentary evoked by the narration, I knew I had very powerful material to work with. 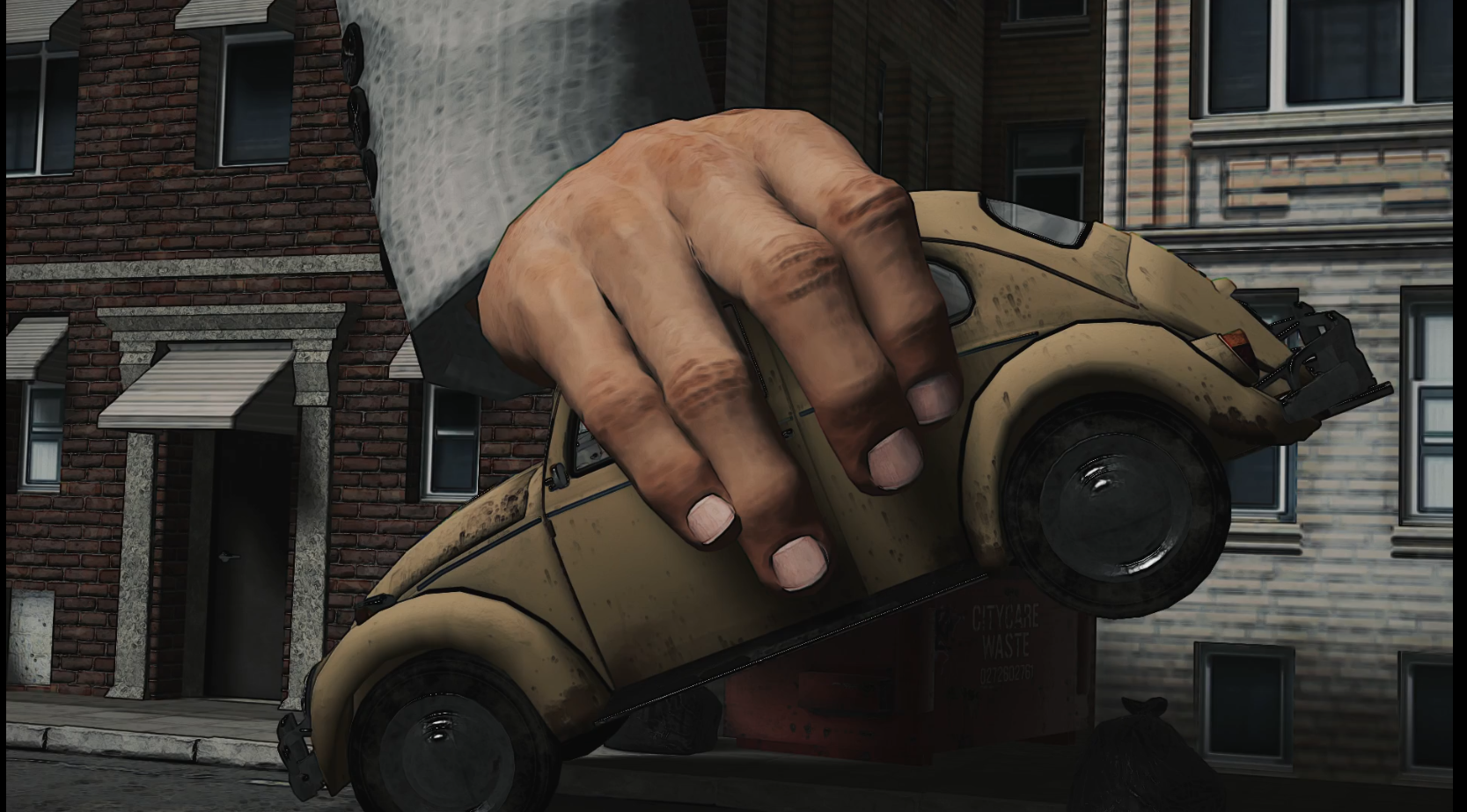 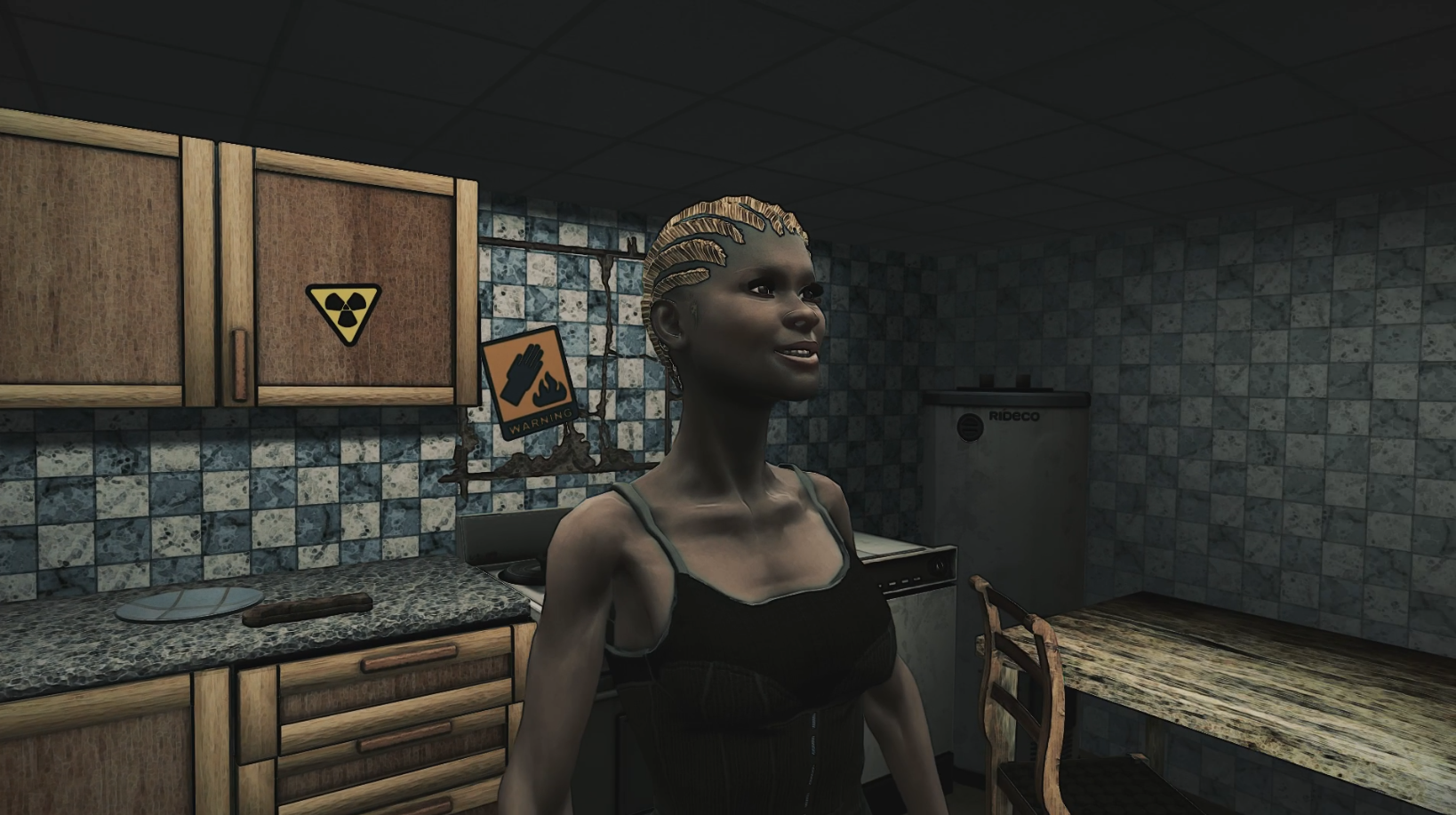 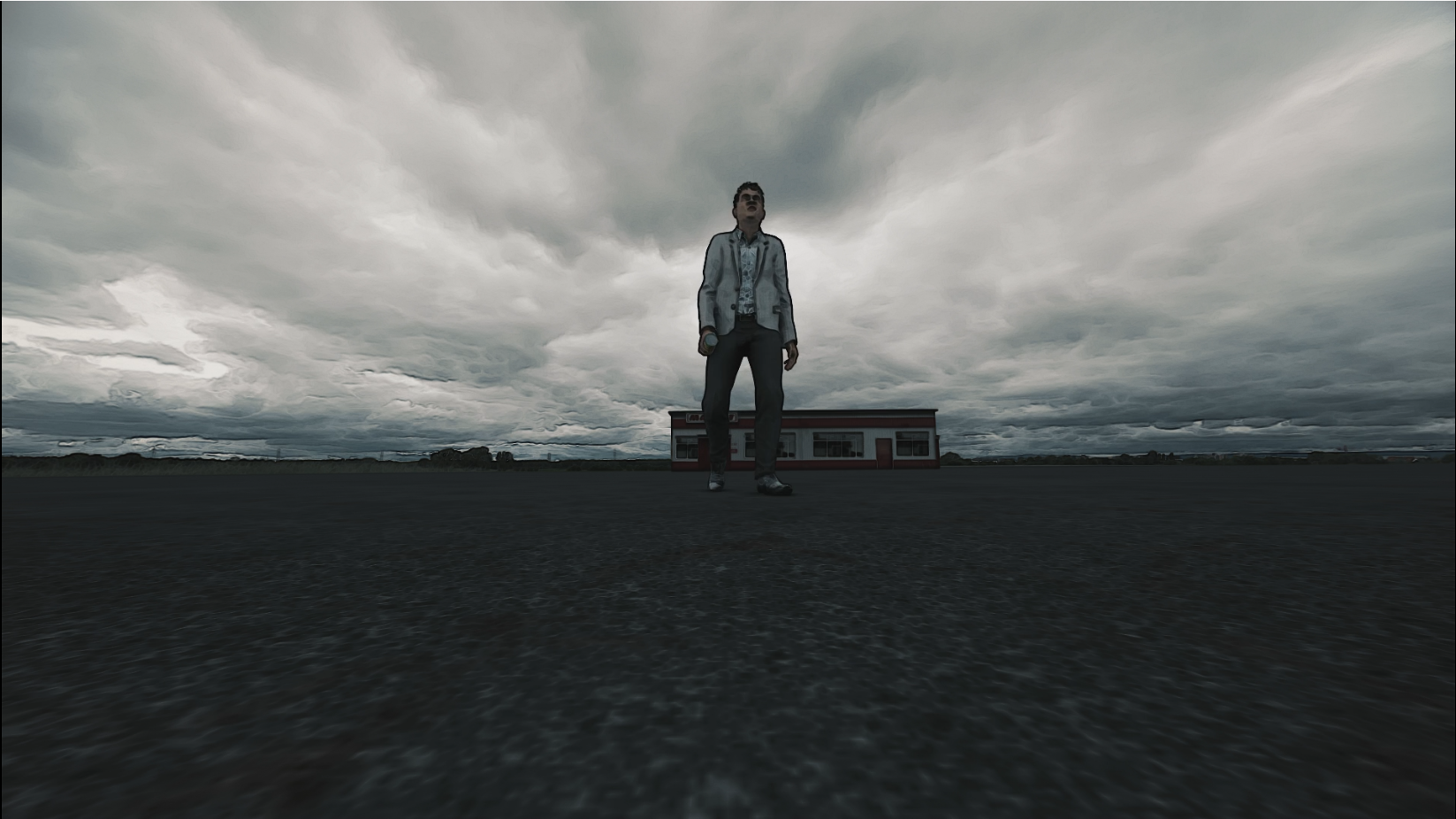 In the above and below images, I am so pleased with the play of light and shadow I was able to achieve thanks in part to Blender 2.8's Eevee render engine, and Adobe  After effects, where I composited the png sequences. 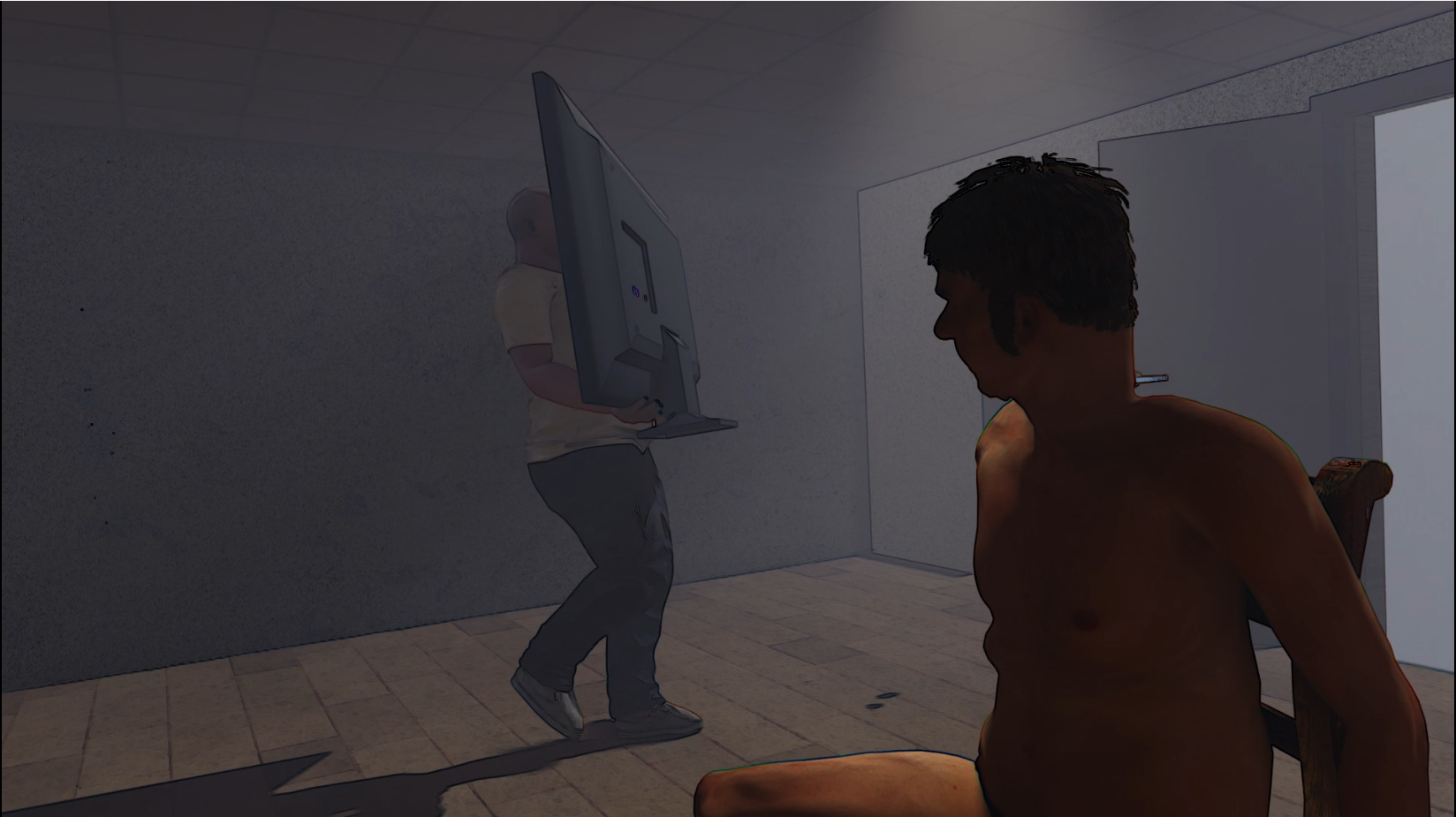 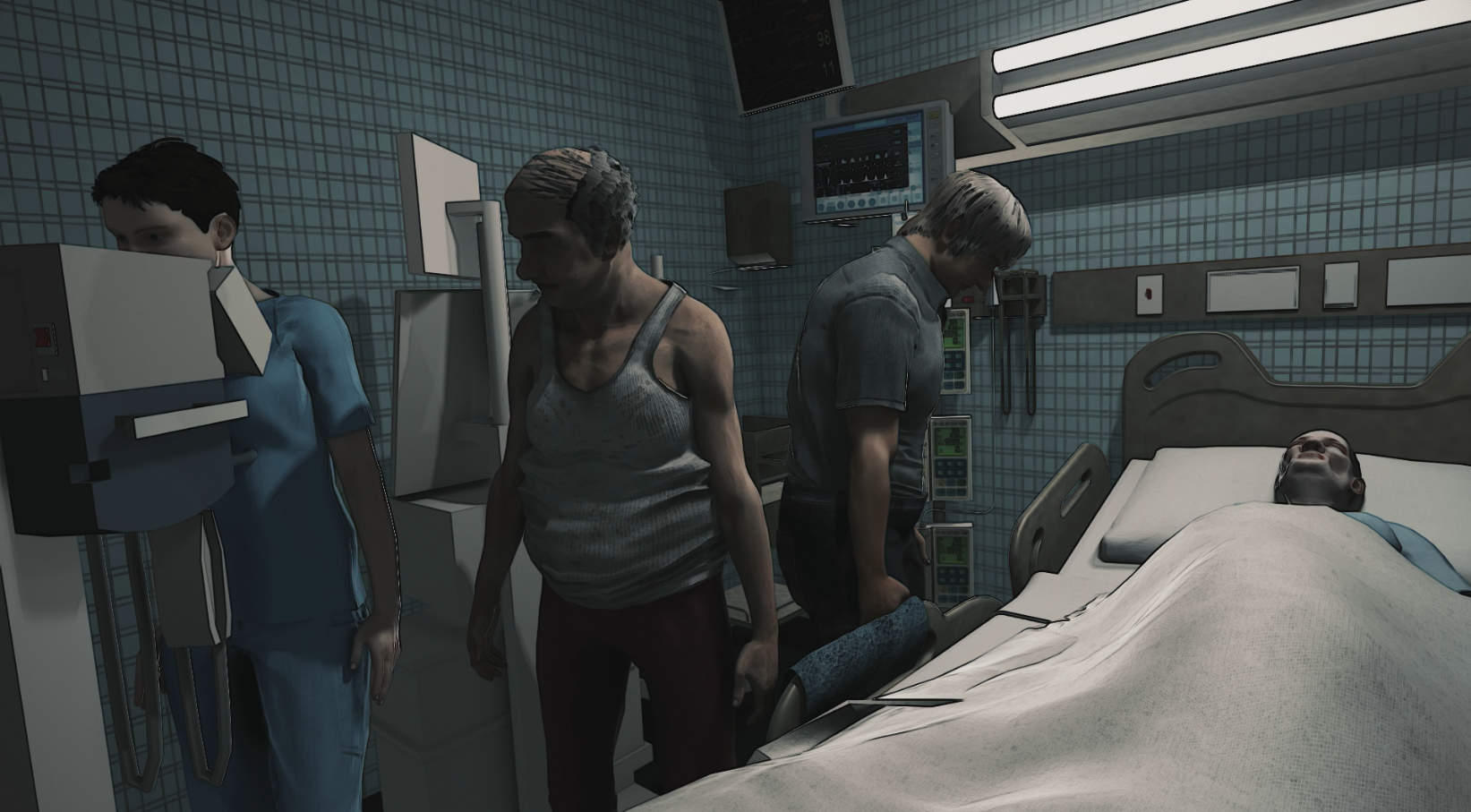 The series of shots below are of the shot from the film, and then some off camera images showing the scene's extent, from different angles, as well as a shot of the animation in progress, with rigs and empties and all that jazz. 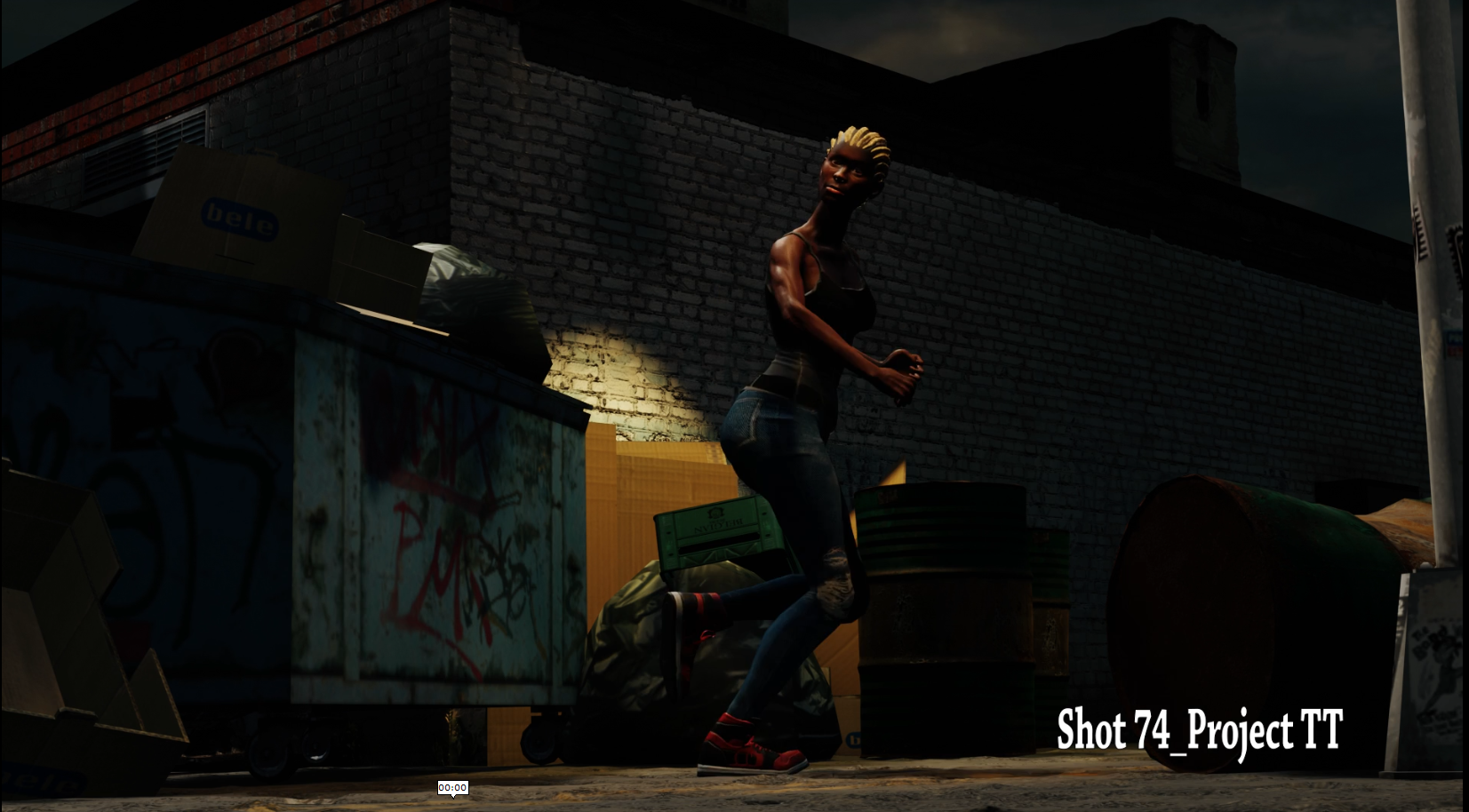 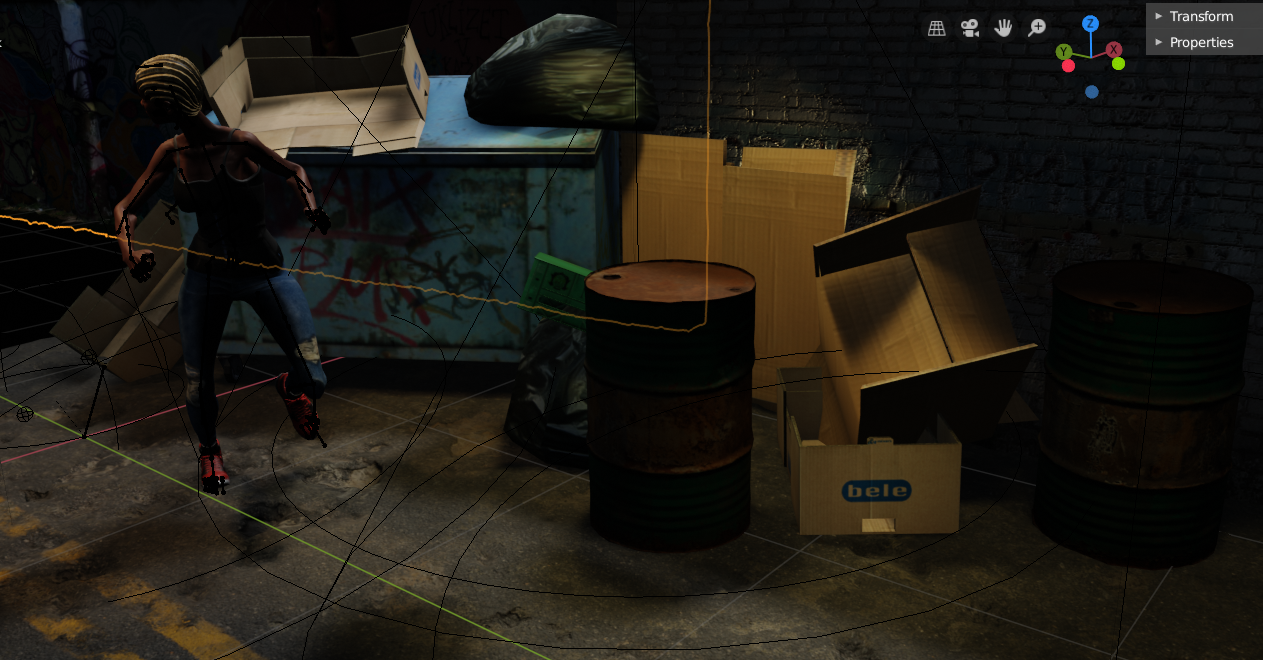 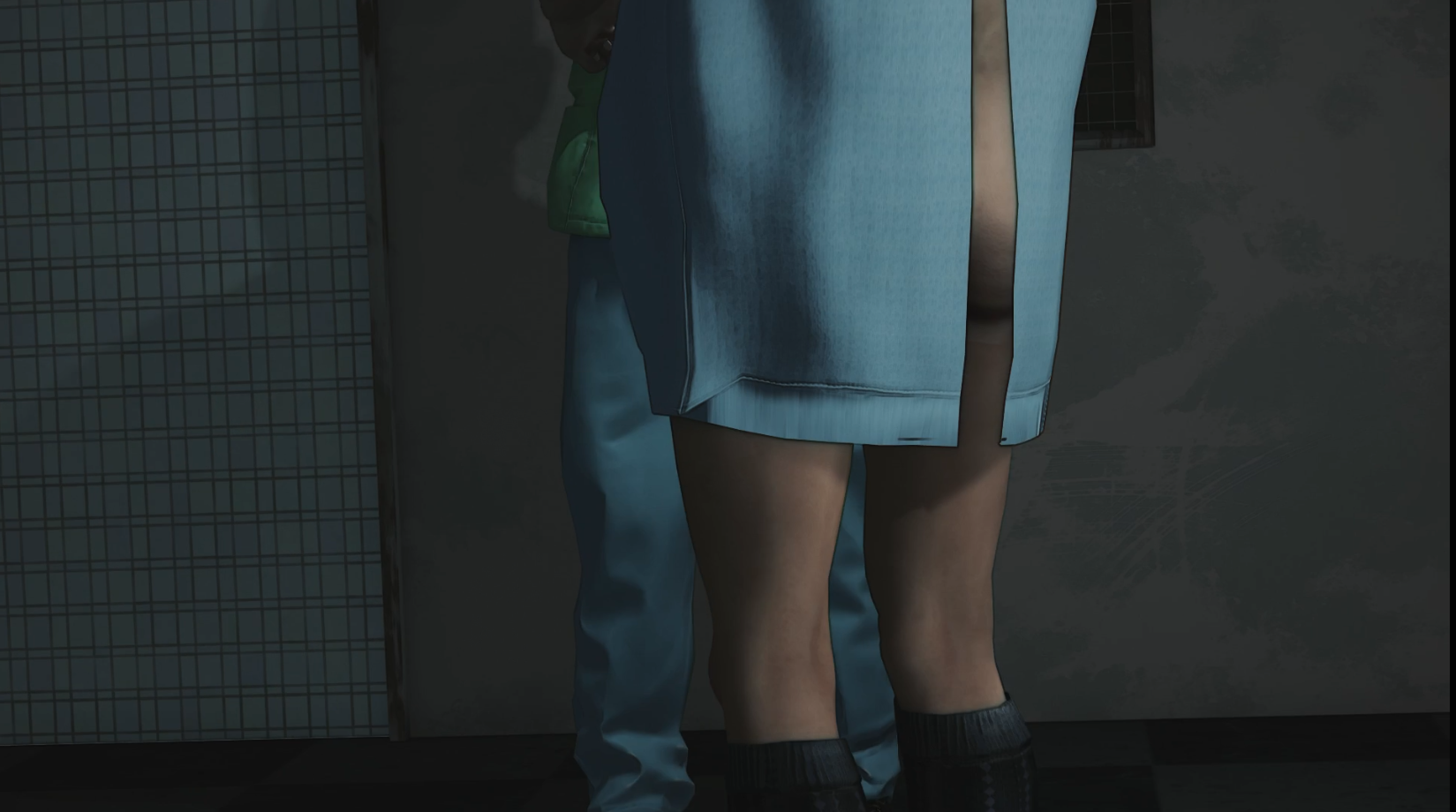